This article originally appeared on channel24.co.za

What better why is there to kick off spring in SA than by having a big party?

The twin brothers, who are otherwise known as The Major League DJs, know that better than anyone else and are going to turn up the volume at FNB Stadium on Saturday, 16 September.

The lifestyle festival is called Major League Gardens: Spring Break and the line-up includes Cassper Nyovest, Davido, Riky Rick, Kwesta and Black Motion to name a few.  Khanyi Mbau and Somizi are two of the MC’s.

See the full details of the line-up here: 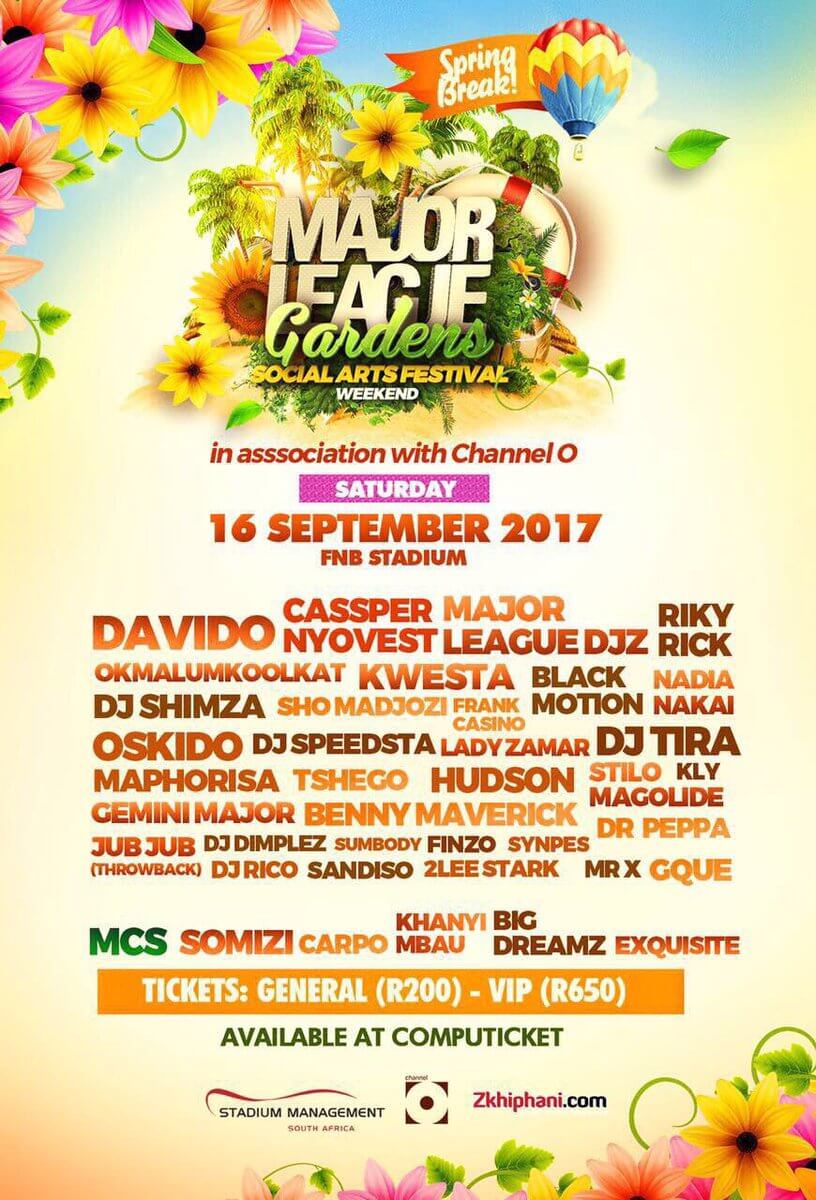