Jacques Grobbelaar was amongst an illustrious list of people honoured by the Commonwealth University during the convocation and graduation ceremony that was held on the April 6, 2018 in Dubai.

Jacques Grobbelaar was nominated by the Academic Council of the Commonwealth University and received the Doctor of Business Administration (DBA) Specialising in Leadership and Management (Honoris Causa) in recognition of his service, selflessness and other outstanding contributions in his position as the Chief Executive Officer of Stadium Management South Africa (SMSA).

Jacques, together with SMSA, is a multi-award winning and recognized business that continues to be acknowledged in South Africa and Internationally. Mr. Grobbelaar and SMSA have won in two categories viz. the International Socrates Awards – the most prestigious award of EBA and the International European Quality Award – given to the company for their high quality of services and products that meet European standards. 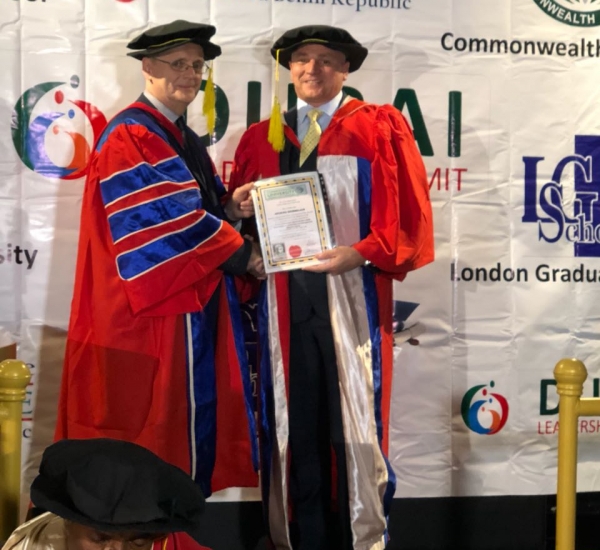 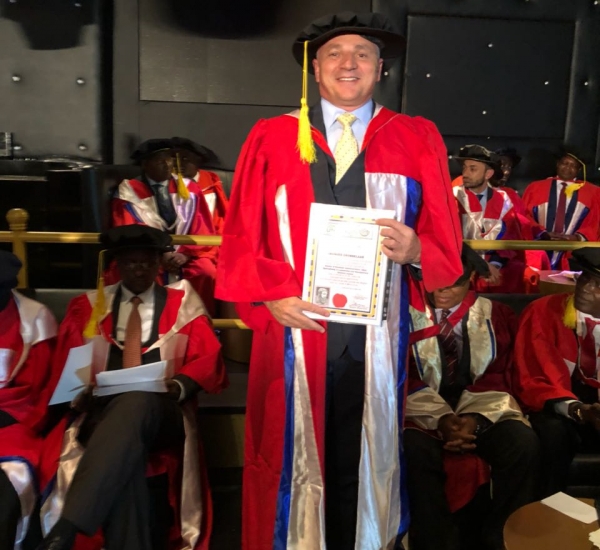 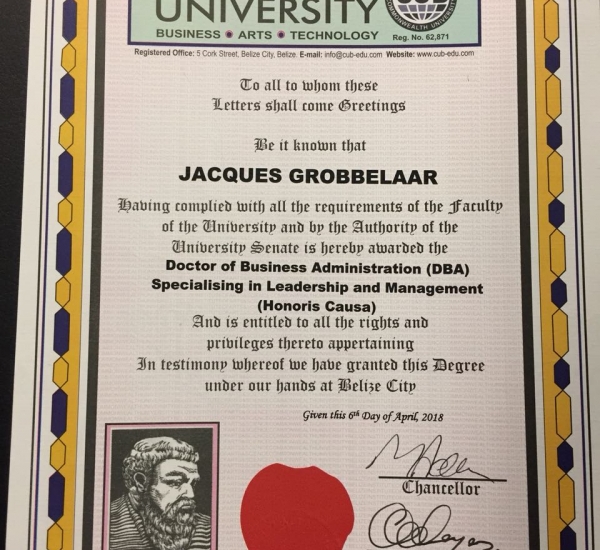 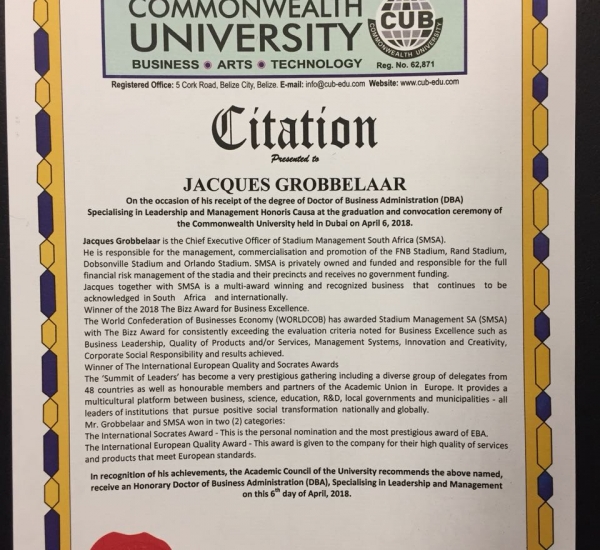 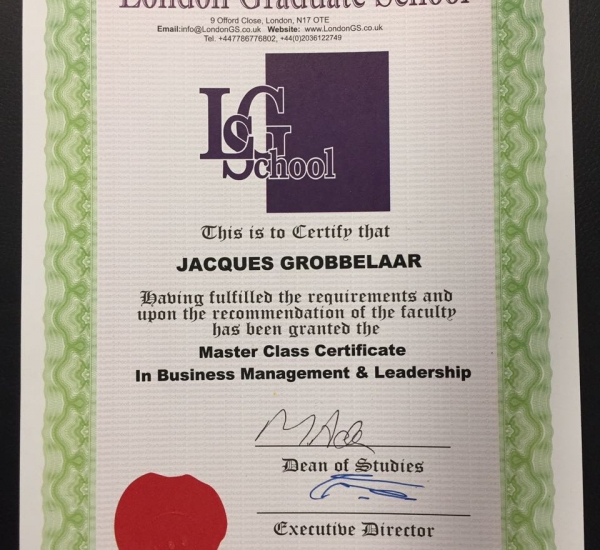 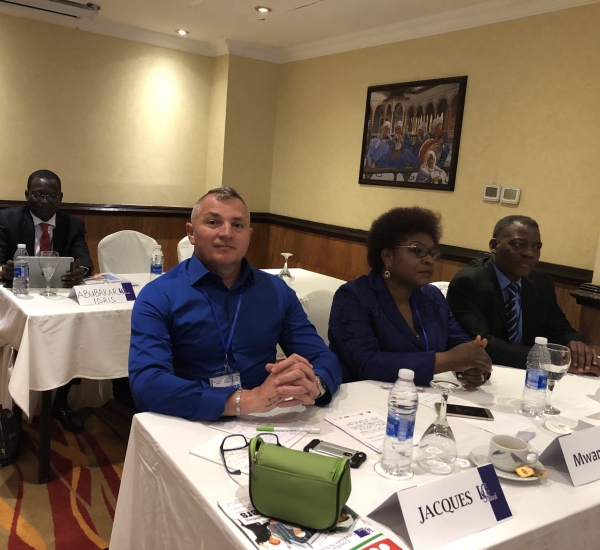 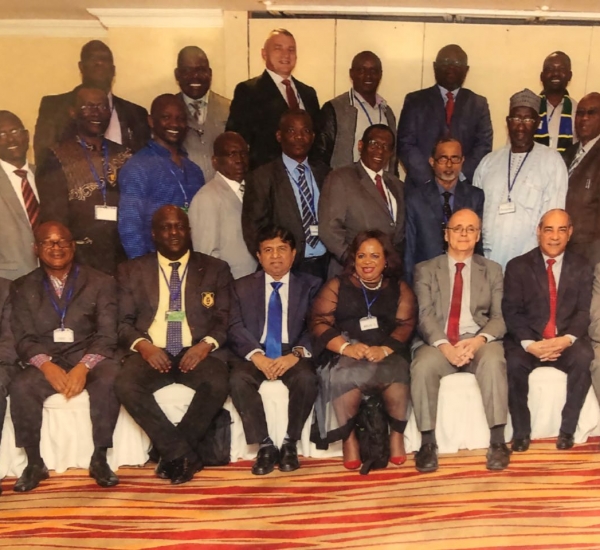