Information regarding Uber transport for the Nelson Mandela Centenary Cup

Stadium Management South Africa [SMSA] would like to make known the following information, which pertains to the relevant protocols Uber has put in place with regards to the transport and security for the Nelson Mandela Centenary Cup – Mamelodi Sundowns vs Barcelona football game, scheduled to take place on Wednesday, 16 May 2018.

Each security officer will do general patrols. If necessary, they will take appropriate action to remove loiterers as well as ensure no petty thefts or robberies occur with respect to both the Uber riders and the general public.

In addition they will also indicate where the pick-up point is situated.

The Uber officers will work in conjunction with the SAPS and report any suspicious characters to the voc.

Below is an image of the FNB Stadium Precinct which indicates where the Uber drop off and pick up point is, marked in the green block with the star. 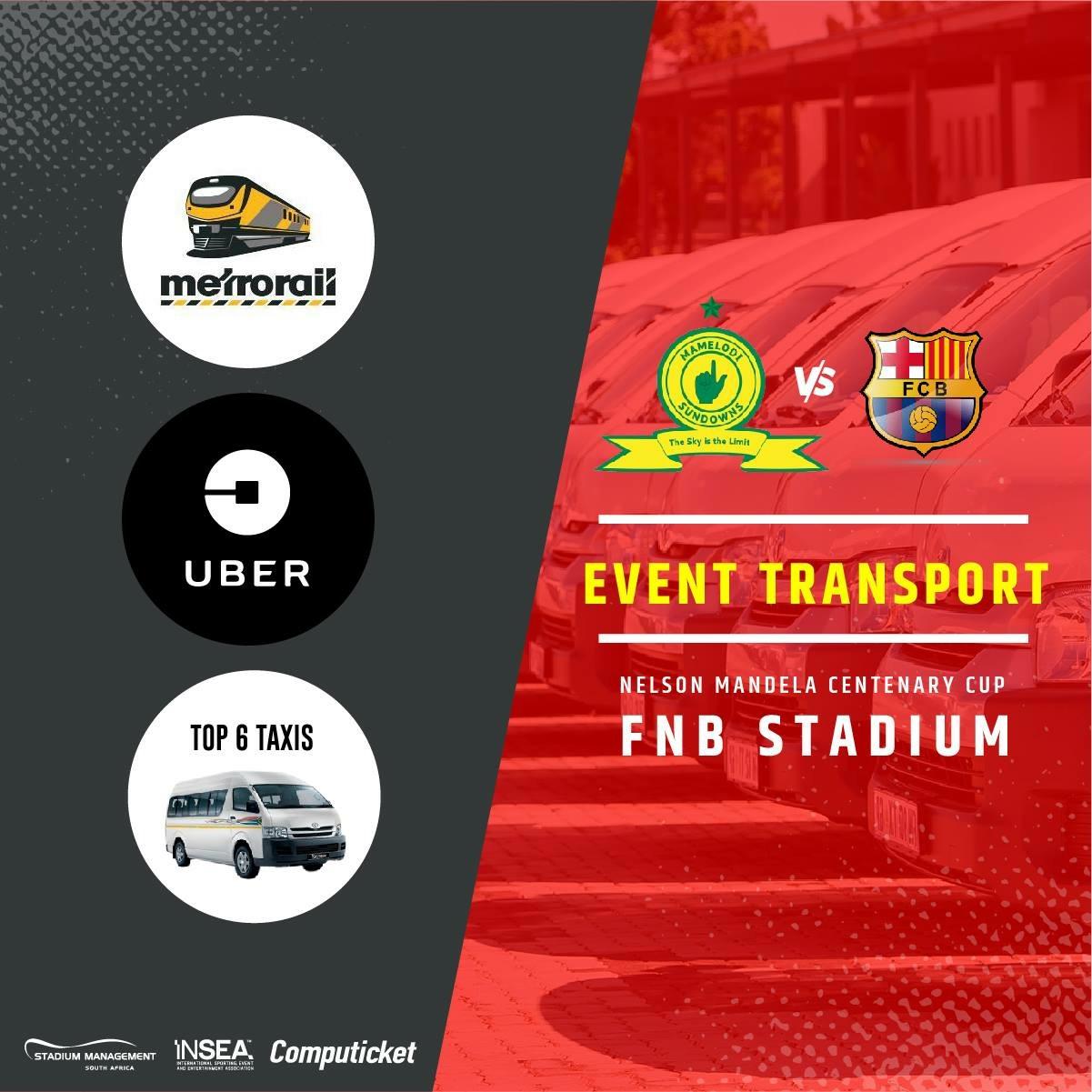